At Feline Snoozers, we would like to recognize organizations that take care of felines and other animal friends.

Sanctuaries, humane societies and shelters across the world are out there helping take care of cats and dogs without forever homes (yet!). We’d like to share a little bit about these organizations with all our customers. Each month we will highlight an organization that cares for felines. Please help support these wonderful organizations!

SPAY/NEUTER INFORMATION FROM THE ASPCA

Spay/Neuter Your Pet
By spaying or neutering your pet, you’ll help control the pet homelessness crisis, which results in millions of healthy dogs and cats being euthanized in the United States each year simply because there aren’t enough homes to go around. There are also medical and behavioral benefits to spaying (female pets) and neutering (male pets) your animals.

Here are some of the medical benefits:
Your female pet will live a longer, healthier life. Spaying helps prevent uterine infections and breast tumors, which are malignant or cancerous in about 50 percent of dogs and 90 percent of cats. Spaying
your pet before her first heat offers the best protection from these diseases. Neutering your male companion prevents testicular cancer and some prostate problems.

And behavioral benefits:
Your spayed female pet won’t go into heat. While cycles can vary, female felines usually go into heat four to five days every three weeks during the breeding season. In an effort to advertise for mates, they’ll yowl and urinate more frequently—sometimes all over the house! Your male dog will be less likely to roam away from home. An intact male will do just about anything to find a mate, including finding creative
ways to escape from the house. Once he’s free to roam, he risks injury in traffic and fights with other male animals.

Your neutered male may be better behaved. Unneutered dogs and cats are more likely to mark their territory by spraying strong-smelling urine all over the house. Your dog might be less likely to mount other dogs, people, and inanimate objects after he’s neutered. Some aggression problems may be avoided by early neutering. Spaying/neutering your pets is also highly cost-effective. The cost of your pet’s spay/neuter surgery is far less than the cost of having and caring for a litter.

Debunking Spay/Neuter Myths and Misconceptions
Spaying or neutering will not cause your pet to become overweight. Lack of exercise and overfeeding will cause your pet to pack on the extra pounds—not neutering. Your pet will remain fit and trim as long as you
continue to provide exercise and monitor her food intake. Neutering is not a quick fix for all behavior problems. Although neutering your pet often reduces undesirable behaviors caused by a higher level of testosterone, there’s no guarantee that your dog’s behavior will change after he’s neutered. Although the surgery will reduce the amount of testosterone in your dog’s system, it won’t eliminate the hormone completely. Neutering will also not reduce behaviors that your pet has learned or that have become habitual. The effects of neutering are largely dependent on your dog’s individual personality, physiology and history.

When to Spay or Neuter Your Pet
For dogs: While the traditional age for neutering is six to nine months, puppies as young as eight weeks old can be neutered as long as they’re healthy. Dogs can be neutered as adults as well, although there’s a slightly higher risk of post-operative complications in older dogs, dogs that are overweight or dogs that have health problems.

For cats: It is generally considered safe for kittens as young as eight weeks old to be spayed or neutered. In animal shelters, surgery is often performed at this time so that kittens can be sterilized prior to
adoption. In an effort to avoid the start of urine spraying and eliminate the chance for pregnancy, it’s advisable to schedule the surgery before your own cat reaches five months of age. It’s possible to
spay a female cat while she’s in heat. Talk to your veterinarian to determine the best time to spay or neuter
your pet.

LEARN MORE ABOUT SPAY AND NEUTERING 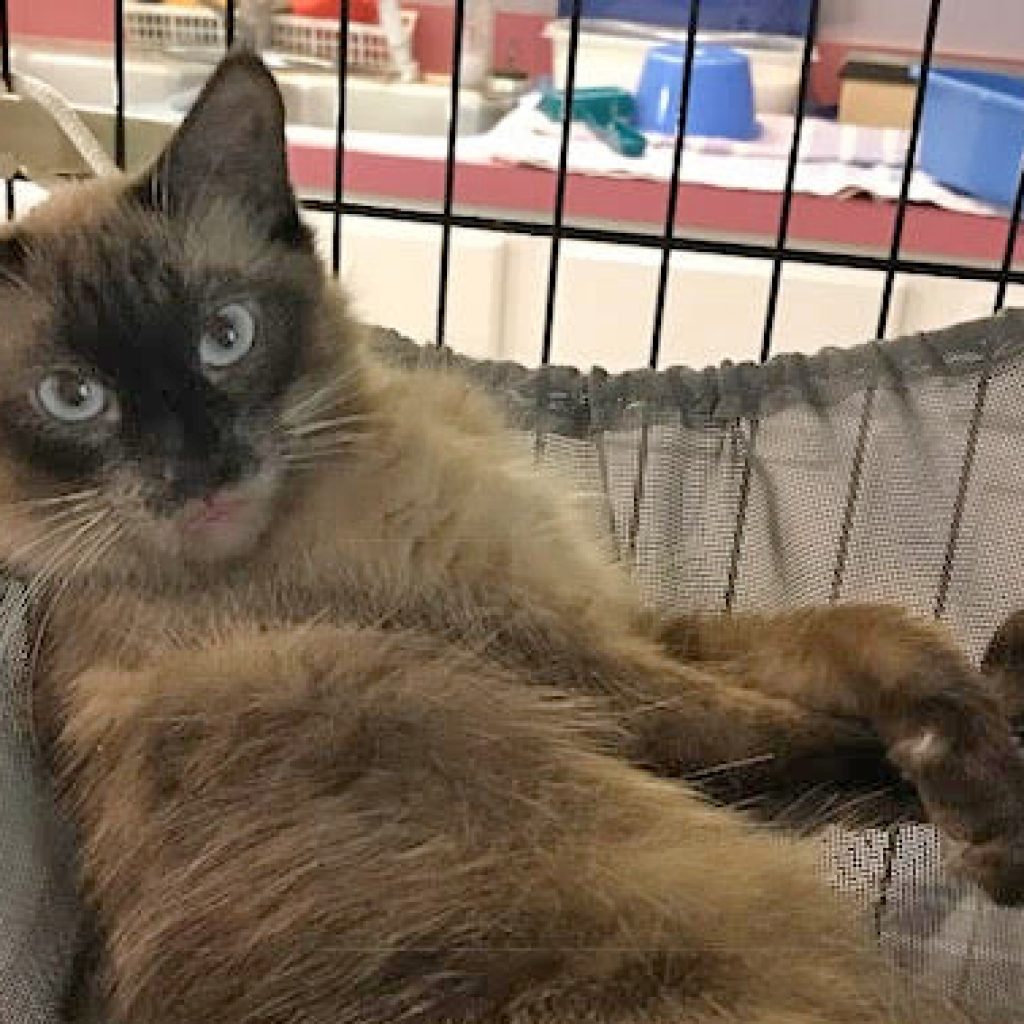 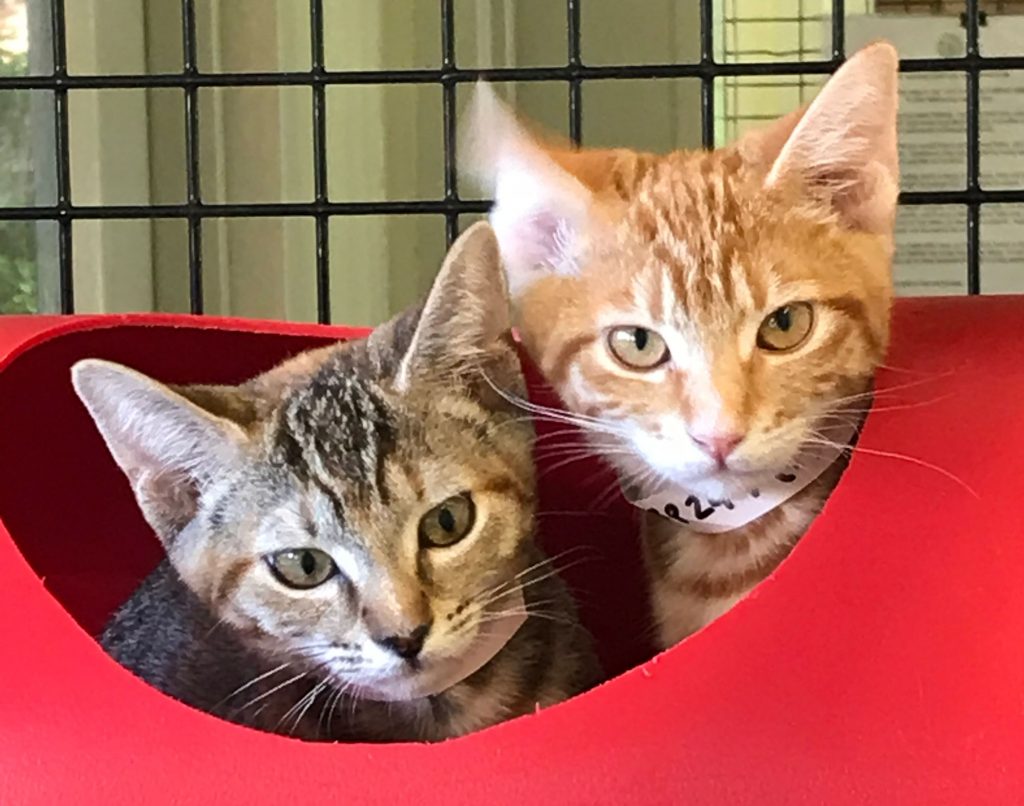 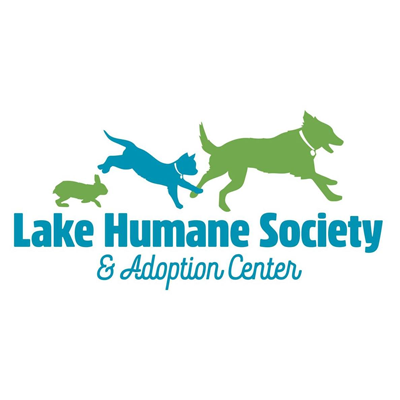 The ‘Reach & Teach’ Humane Education Program is a fun and engaging way to teach Kindergarten through sixth-grade students the positive and powerful message of what it really means to be a responsible pet owner.

The program includes eight units designed to be presented in 45 to 60-minute sessions. Reach & Teach covers being a responsible pet owner, how to stop pet overpopulation, how to have a healthy and safe pet, providing for a pet their whole life, animal advocacy, careers working with animals.  The class utilizes lecture, games, and activities. Each unit focuses on the development of different character traits and includes a student “I Can” statements.

Visit the Youth Education page and read more about the “Reach & Teach” program. 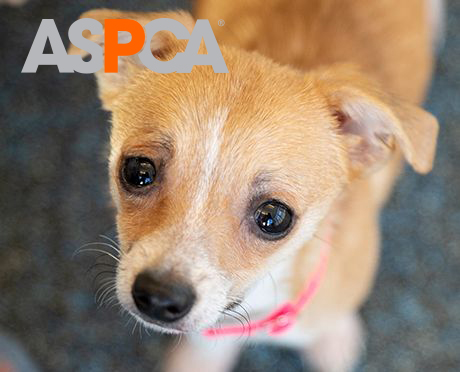 Saving Lives Since 1866
The ASPCA® is proud of our long, storied history of progress and
innovation in the fight against animal cruelty. From medical
developments to field rescues to pioneering partnerships, here’s a look
at some of the successes we—and our millions of supporters over the
years—have achieved on behalf of abused, abandoned and neglected
animals. 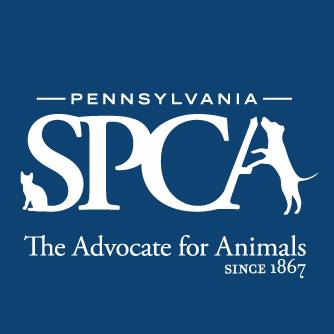 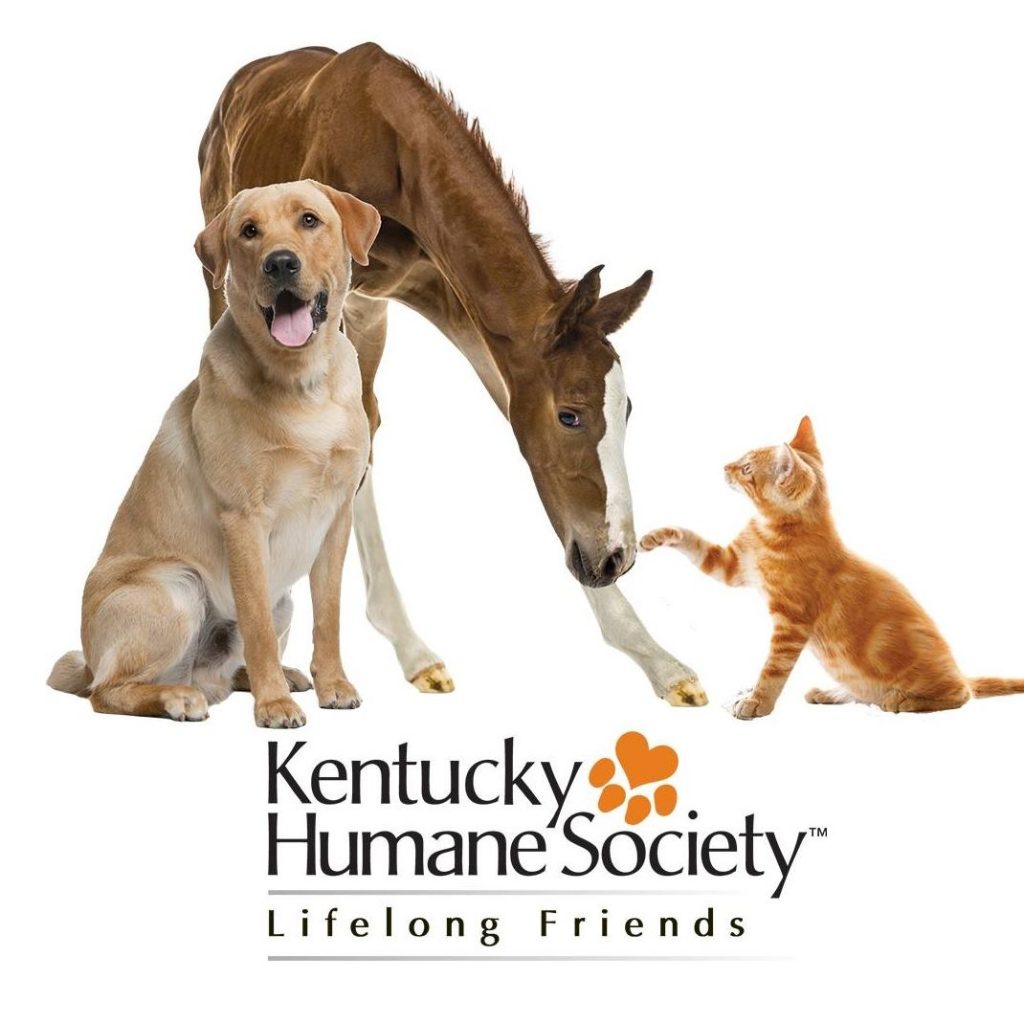 Shelters are not always about dogs and cats. 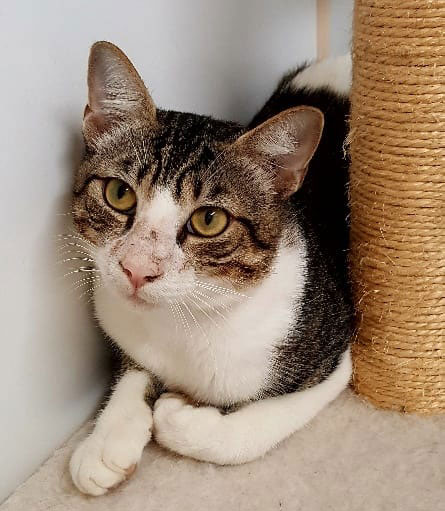 LOCATED IN FLORIDA
Over 12 years ago we began a long-term commitment, We found a shelter in need of changes to increase adoptions, provide a better quality of life for the animals, and most of all, help to solve the animal overpopulation problems.
Our mission is to reduce the number of unwanted animals coming into the shelter by focusing on spaying and neutering.
We began offering free spay and neuter to the citizens in our area beginning in May 1998. As demands for our free services increased, we opened our own clinic at the shelter on July 27 2000 at no cost to the taxpayers.
This 100% privately funded clinic has now spayed 11,370 family-owned animals in the community (Upper Keys). As a direct result of this free program, we have seen a 53% reduction in the total number of animals coming into the shelter from the all-time high of 1,642. 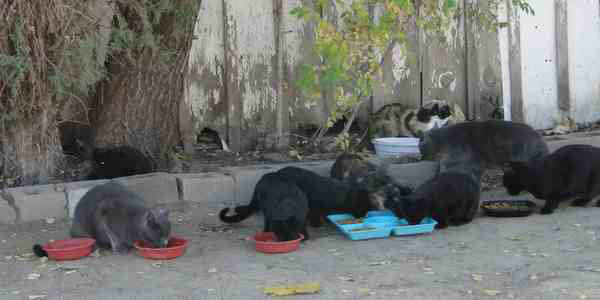 LOCATED IN COLORADO
We are a non-profit (501(c)(3), all-volunteer-powered, charitable organization whose mission is to improve the lives of cats and dogs in Fremont County by working to reduce unwanted litters, educating pet owners about responsible pet ownership, and helping mitigate the cost of spay and neuter services.

JJ’s is absolutely elated to share some BIG news! A building has been donated to us to start a cat shelter in Cañon City! It will be called Molly’s Place – Home of JJ’s Helping Paws and it will serve as a shelter for owner-surrendered cats (last year we fostered nearly 500 owner-surrendered cats – at no cost to the cat owner!!!); our low cost spay and neuter voucher sales; our feral food pantry; and our TNR program.

Can you please help us?  JJ’s is so grateful for your support. 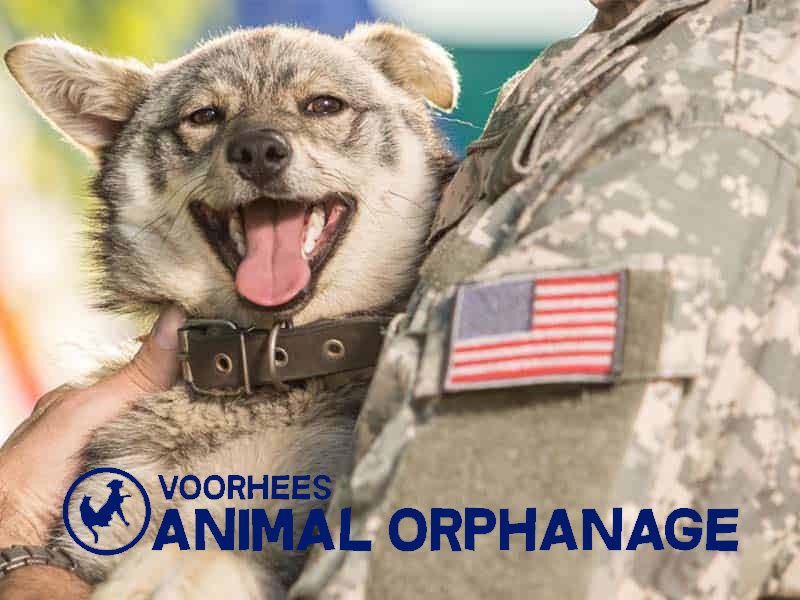 PETS FOR VETS PROGRAM
Voorhees Animal Orphanage is honored to be participating in the Camden County Animal Alliance “Pets for Vets*” program! Through this program, the adoption fee for adult (6 months of age or older), and senior animals will be waived. We hope this will help those who have served our country find a furry friend. We are grateful for all those in the armed services, and we know cats and dogs looking for a home will be grateful for their strength and support too, and especially their love! 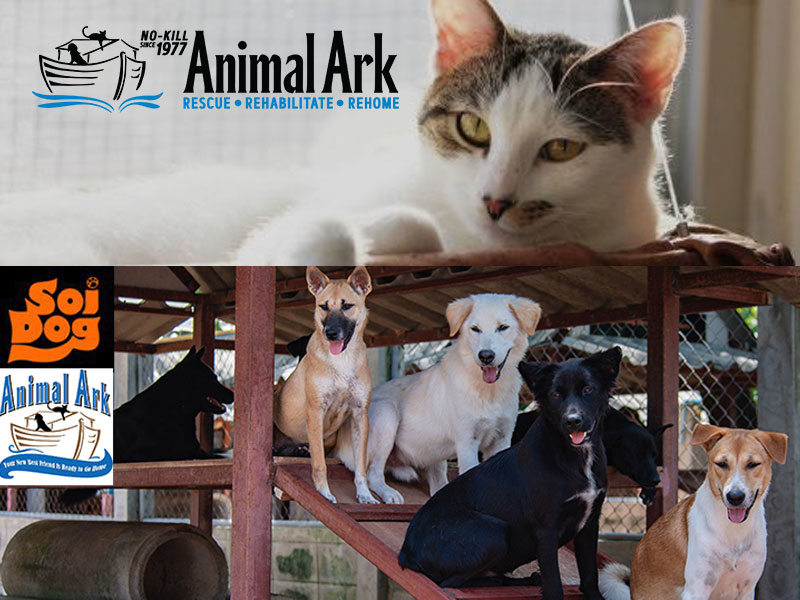 GLOBAL PARTNERING PROGRAM
Animals love unconditionally. Their love and devotion know no geographic boundaries. Neither does Animal Ark. We believe that an animal in need is exactly that, an animal in need, regardless of its geographic place of origin.

That is why we have partnered up with rescue organizations located as far as the Middle East & Mexico as well as across this country, south as Texas and north as the Dakotas. We feel honored that these rescue organizations entrust us with their beloved animals and place their hope in us to find them a safe and loving forever home. 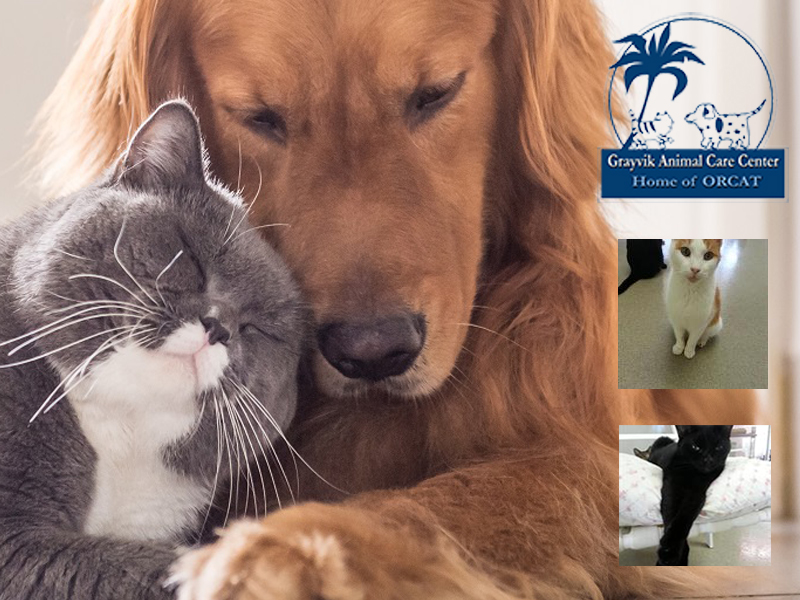 ORCAT is Ocean Reef’s Trap-Neuter-Release (TNR) program for cats. In the late 1980s, Ocean Reef had a serious cat overpopulation problem. There were approximately 2000 cats on our island’s four square miles. In 1993, Ocean Reef resident, Alan Litman, with the cooperation of the Ocean Reef Community Association, founded and launched ORCAT. With funding and help from generous volunteers, the TNR project developed into an extremely successful operation.

Today, ORCAT is recognized as a model TNR program throughout the country. The ORCAT population is now around 350, about 100 of which reside at the Grayvik Animal Care Center. 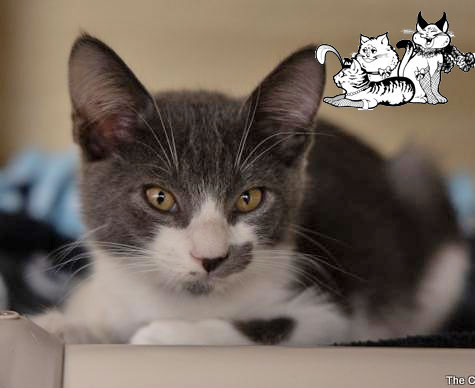 The Cat House on Kings

The Cat House on the Kings is California’s largest no-cage, no-kill,
lifetime cat sanctuary and adoption center. Our mission is to place
rescued cats and kittens into loving, permanent homes; to provide a
safe, happy and healthy home for unwanted cats and kittens in a unique,
no-cage facility; to prevent pet overpopulation through spaying and
neutering; and to educate the public about responsible pet ownership.

The Cat House is a 501(c)(3) nonprofit corporation, receives no
government or public funding, and relies entirely on donations from the
public to carry out its mission. Since its founding 28 years ago, The Cat House on the Kings has saved over 30,000 cats and 7,100 dogs (not counting the 56,000 animals we have spayed and neutered!) and currently cares for more than 700 cats and kittens, a dozen or so dogs and dozens of peacocks. 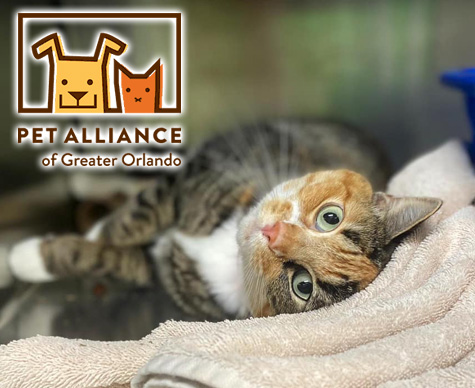 More than 6,000 homeless dogs and cats will turn to the Pet Alliance of Greater Orlando for caring, compassion and hope through our animal shelters this year. Pet Alliance provides food, medical care and shelter for dogs and cats until they find their new homes. The average length of stay for dogs is 8 days and for cats is 15 days. Pet Alliance’s live release rate averages around 96%, making it what is considered a “no kill” shelter. 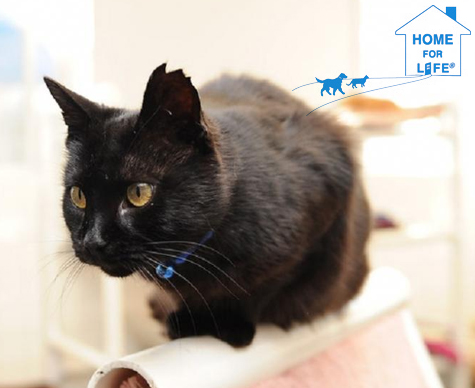 Home for Life® is a registered 501 (c) (3) charity. Supporting this non-profit provides the animals of Home for Life® with food, veterinary care, toys and a beautiful facility to roam freely. 100% of donations go to helping these animals receive the medical care they need, as well as the affection and freedom to help them recover from illness, disability, mistreatment or neglect. Because of Home for Life, these incredible animals can lead the full, safe and happy lives they deserve.  To learn more about Home for Life, check out their link below. 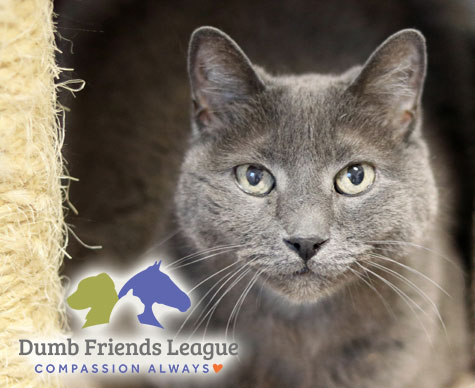 Working with a compassionate community, their mission is to end pet homelessness and animal suffering. Founded in 1910, the Dumb Friends League, based in Denver, Colorado, is the largest independent, nonprofit community-based animal shelter/humane society in the Rocky Mountain region, caring annually for as many as 20,000 lost and relinquished pets, as well as hundreds of equines. 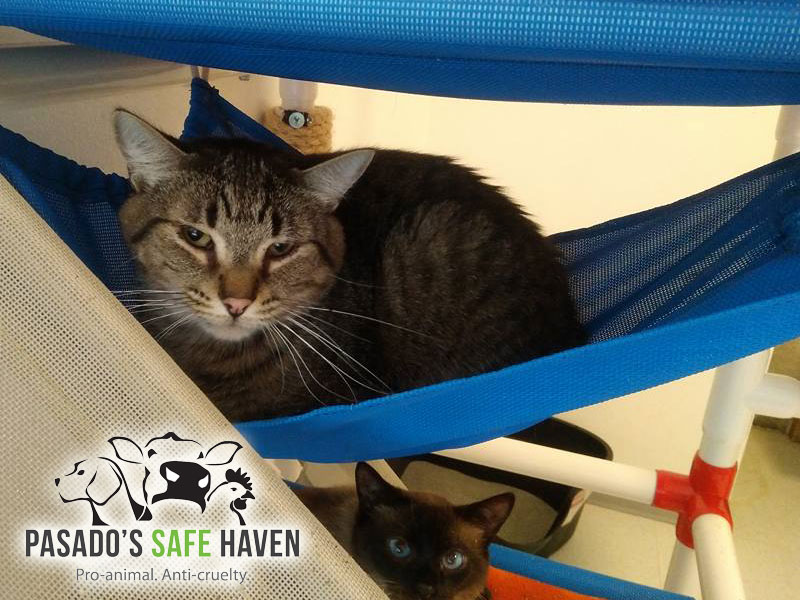 On the forefront of fighting Animal Cruelty, we proudly feature Pasado’s Safe Haven. This organization rescues cats and kittens from a variety of cases and rehabilitates them at our sanctuary, just northeast of Seattle, while we search for their homes.

A cat is a companion like no other – independent, affectionate, serene, and wild all at once! For each cat and kitten adoption, Pasado’s Safe Haven is able to rescue even more animals. If you aren’t able to adopt, consider fostering a cat! You can help by providing a safe space and acting as the animal’s advocate.